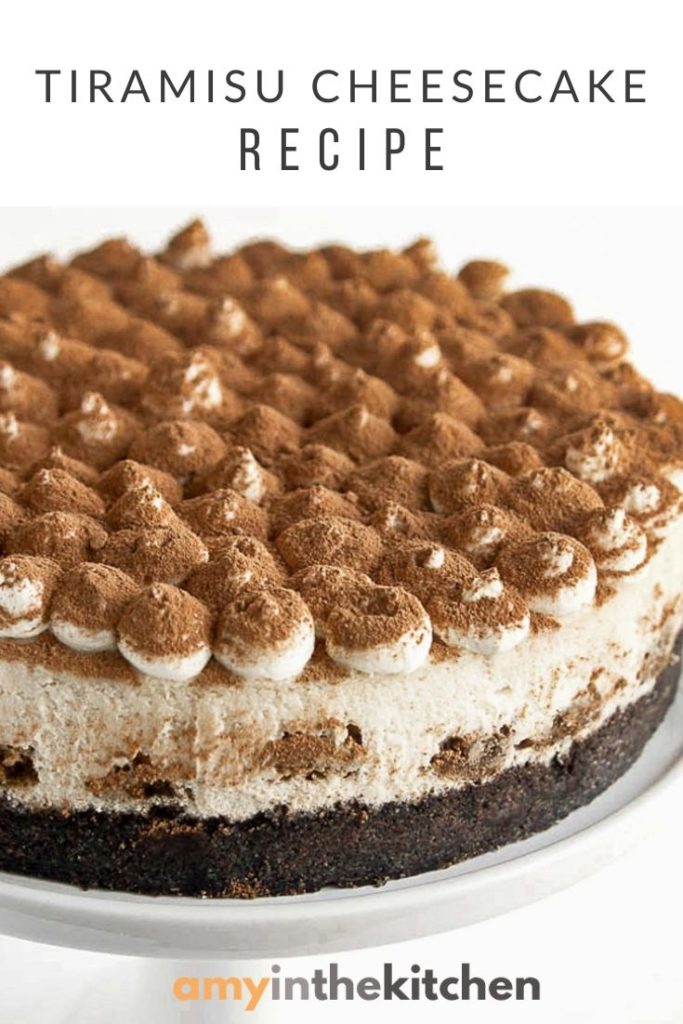 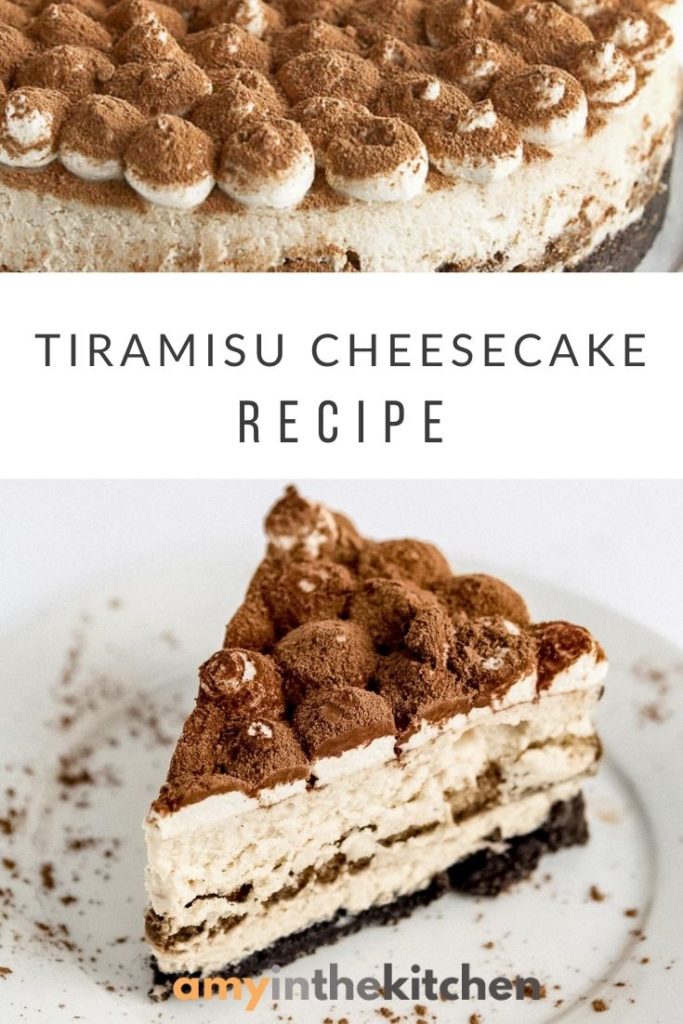 This Tiramisu Cheesecake recipe has a creamy coffee flavored filling with a white chocolate whipped topping and a dusting of cocoa powder. Cheesecake is the perfect dessert for holiday parties.

Italian tiramisu is a classic dessert recipe that is loved by many. Especially during the holidays. Our recipe takes the flavors of tiramisu and transforms them into a rich and creamy cheesecake that is simple to make.

Plan to make this cheesecake 1-2 days in advance as it needs a minimum of 6 hours to set properly before serving. A water bath is recommended to make sure the cheesecake bakes evenly and the outside edges do not over bake.

How to make tiramisu cheesecake

Here's a breakdown of the steps needed to make the best tiramisu cheesecake!

Don't over mix the filling when mixing. Air incorporated into the batter will result in cracks on top of the cheesecake.

The center of the cheesecake should be jiggly after baking. As it cools, the center will continue to bake and firm up in the fridge.

A water bath is recommended for the best results. The steam from the water keeps the oven moist and the warm water surrounding the pan bakes the cheesecake evenly from the outside to the center.

Make the water bath leakproof by placing the 9" spring-form pan into a slightly larger 10" cake pan before inserting it into the roasting pan. The cake pan will form a barrier that will prevent water getting into the cheesecake's crust.

Check out our tutorial for step by step instructions on How to Create a Leak-Proof Water Bath for Cheesecakes.

How to store tiramisu cheesecake

Do you love cheesecake as much as we do? Here are 5 easy cheesecakes to try for your next party! 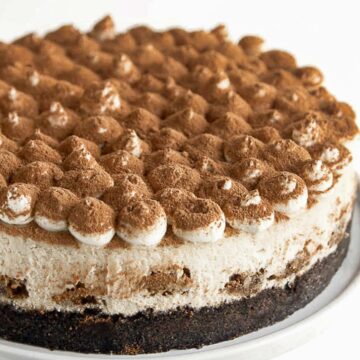 This recipe was originally posted in January 2016 and updated in July 2018. Lady fingers were removed from the crust ingredients.

DISCLAIMER: As an Amazon Associate, I earn a commission from qualifying purchases at no added cost to you. Affiliate links will be noted as such, and I will never recommend a product that I don’t use and trust.