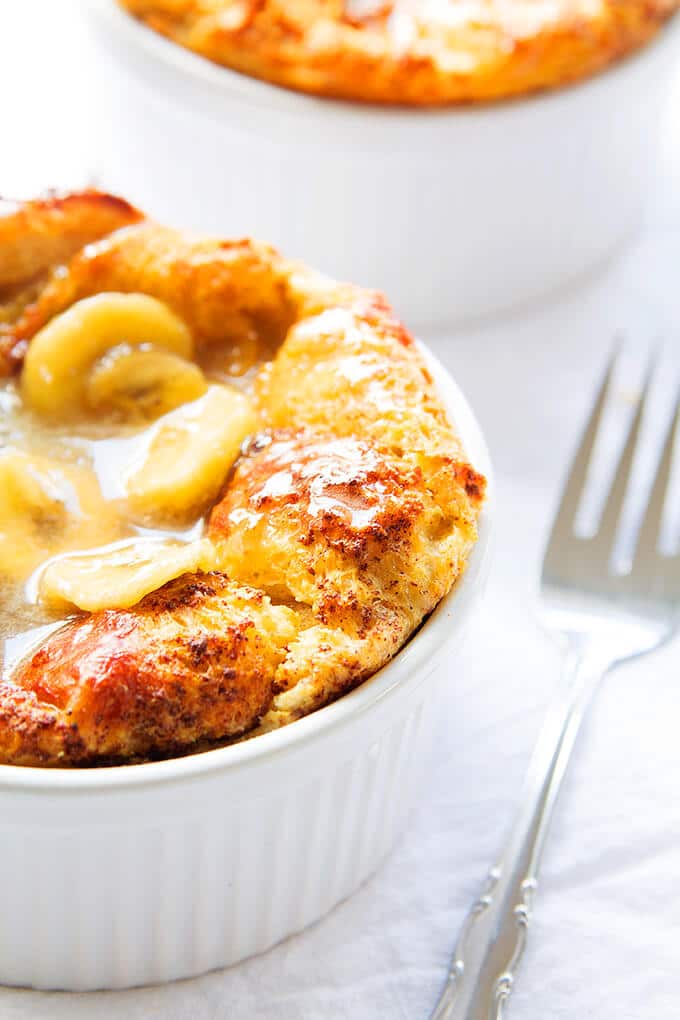 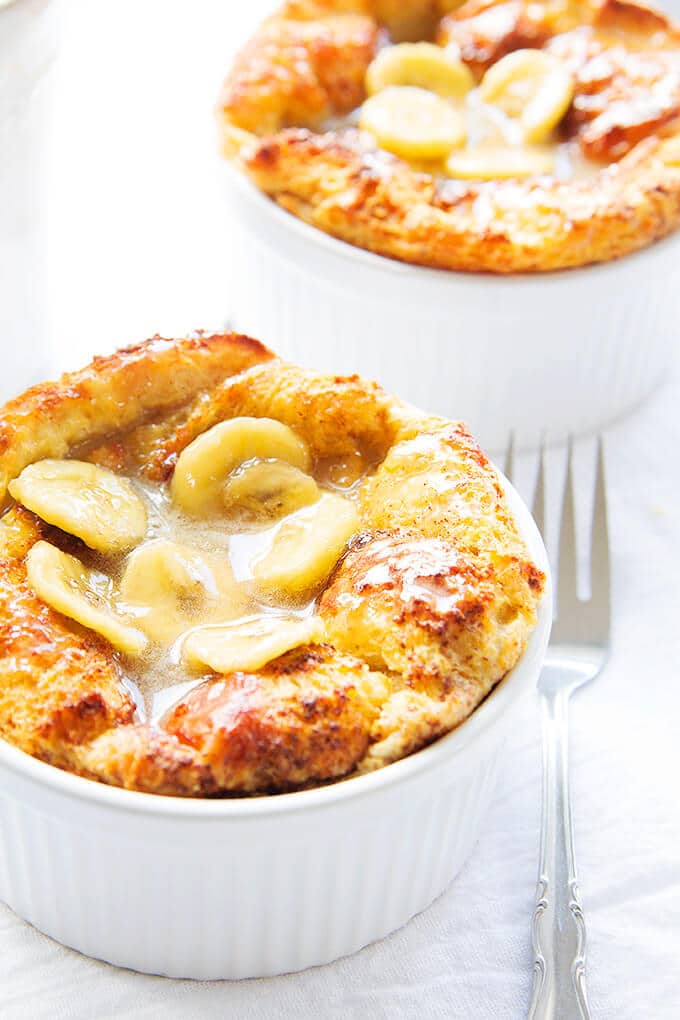 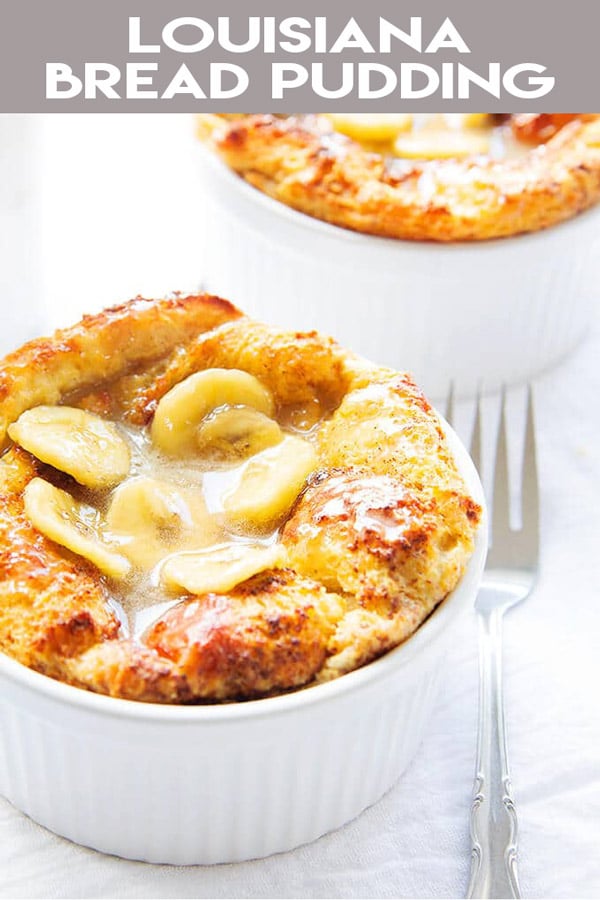 Louisiana Bread Pudding is a delicious, easy to make recipe that can be enjoyed for breakfast or dessert. The rum banana topping makes this bread pudding irresistible.

There are as many versions of bread pudding, out there as there are people to make them, but my favorite will always be Louisiana Bread Pudding.

As most people know, we Louisianians serve french bread with just about everything. That means that sometimes we have a little leftover and when we do, bread pudding is sure to be on the menu the next day.

Bread pudding tastes much like traditional french toast, if you've never had it. It's rich and sweet, but even better than any french toast I've ever had.

It makes a wonderful breakfast or after dinner dessert, especially with a hot cup of cafe au lait. Either way, you're sure to love it!

Bread Pudding Tip: You will want to use what we call "day old" french bread or as most people say "stale" french bread to make bread pudding. You want the bread to be dry in order to soak up all the good stuff!

Where did Louisiana bread pudding recipe come from?

Unless you live under a rock, everyone knows that New Orleans is home to many of the greatest restaurants and cafes in the country.

One of the most well known has been in business since the early 1900's.

Located right on Bourbon Street, Galatoire's, is arguably the finest restaurant in the French Quarter, founded in 1905 by a French gentleman named Jean Galatoire. He made bread pudding famous.

Check out this other version of Blueberry Bread Pudding!

4 banana recipes that are easy to make 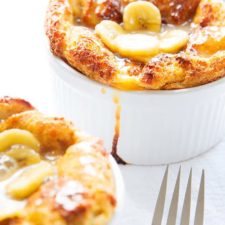 This recipe was originally posted in June 2017 and updated in July 2018.