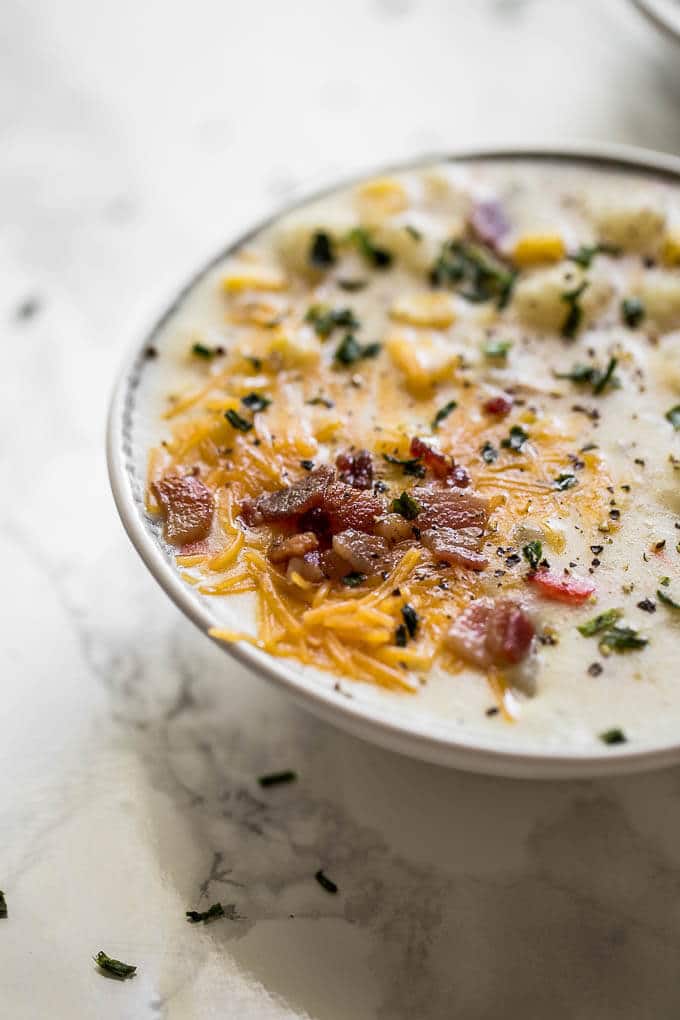 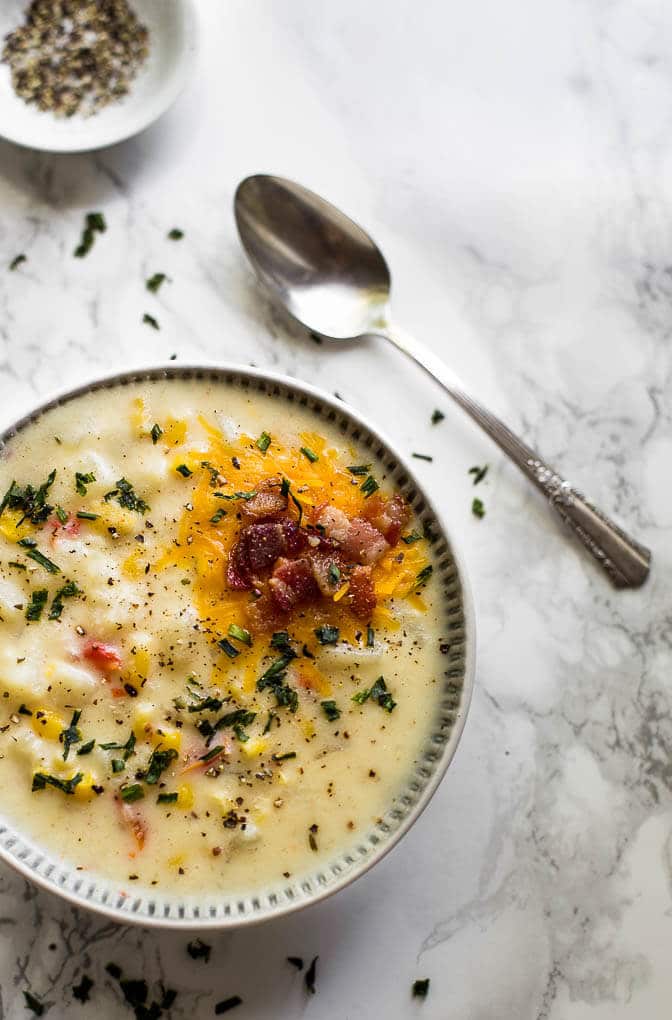 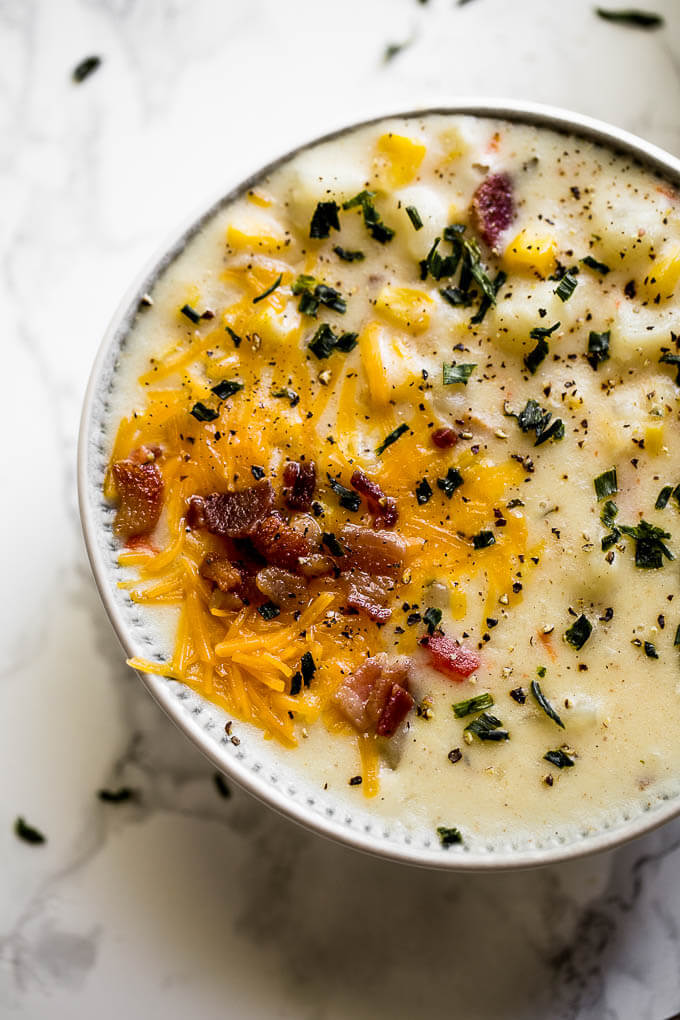 Instant Pot Corn Chowder is so creamy and delicious topped with cheddar cheese and crispy bacon! It is a quick weeknight dinner that's made with frozen corn and frozen diced potatoes. You'll have dinner ready in under an hour!

The thing that I love about the Instant Pot is that is has so many functions which means you don't have to use multiple pots and pans.

The hardest thing about this recipe is cutting up the bacon and a couple of veggies.

The corn is thrown in frozen, as well as the frozen hash-brown potatoes.

The bacon is cooked using the SAUTE function, which means there are no other pans to clean!

Press the SAUTE function on the Instant Pot. Chop the bacon into small pieces and cook until crispy. Leave the bacon grease in the pot and set the bacon aside.

Saute the onions, red bell pepper and minced garlic in the bacon grease to really take advantage of as much bacon flavor possible!

Once the bacon is crispy and the vegetables are sautéed, throw in the frozen corn, frozen diced potatoes, chicken stock, fresh thyme and seasonings.

Press the OFF button to stop the SAUTE function. Press the MANUAL button and adjust the timer to 10 minutes at HIGH pressure. Make sure the vent is in the SEALED position.

Once the time is up, allow the Instant Pot to naturally release pressure for 10 minutes.

In a small mixing bowl, whisk the cream and cornstarch together to create a slurry that will thicken the soup.

Turn the pressure valve to the VENTING position, remove lid and stir in the cream and cornstarch mixture to thicken this chowder up.

Serve topped with shredded cheese, crispy bacon and chives to make this Instant Pot Corn Chowder even more amazing than it already is!

Store the chowder, covered in the fridge, for up to 4 days. 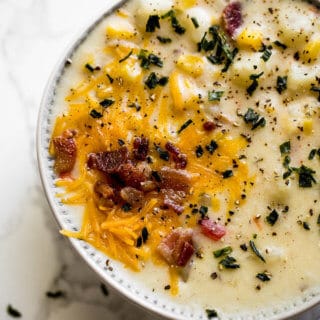