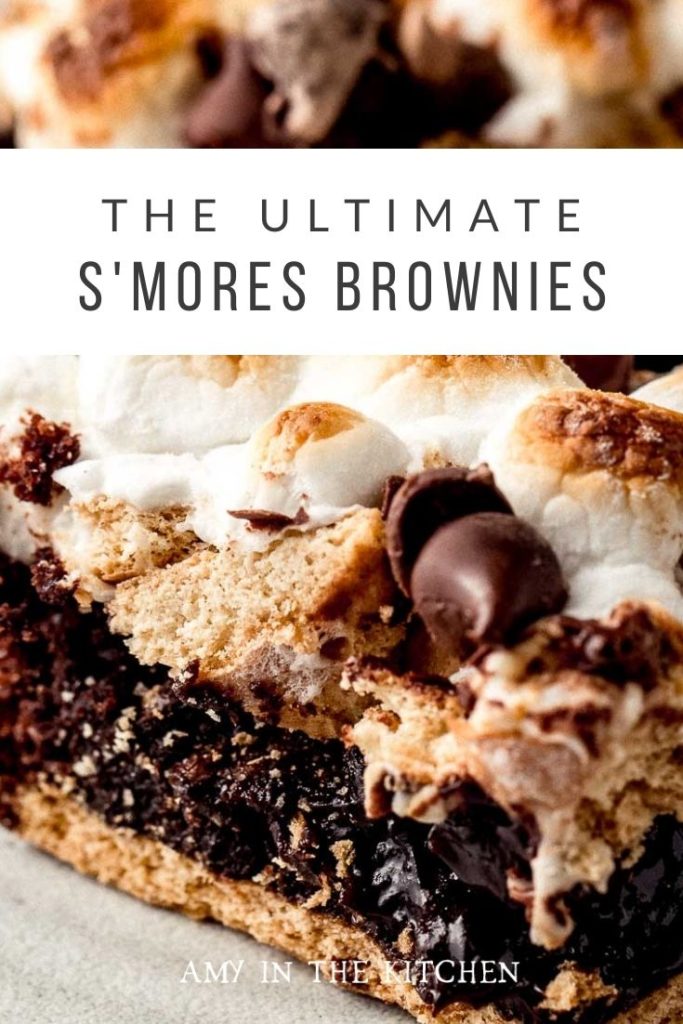 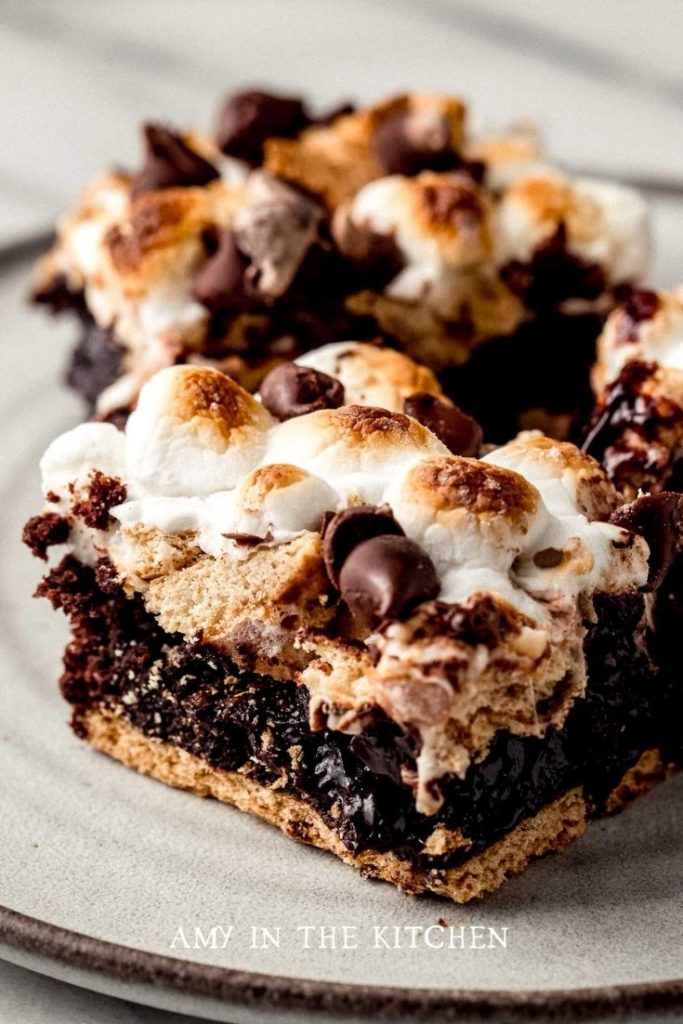 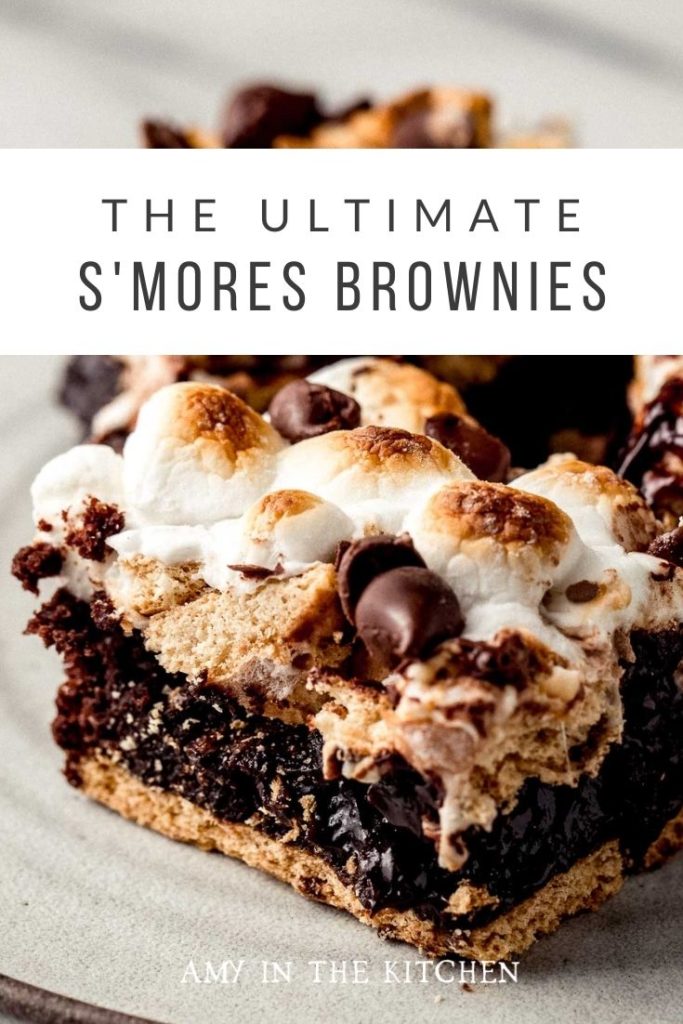 These s'mores brownies are super rich and fudgy. Topped with golden graham crackers, marshmallows and chocolate chips for the ultimate brownie recipe experience!

S'mores brownies takes your favorite campfire treat and turns it into a portable dessert that is perfect for parties.

The inside of these brownies are very rich and gooey. The addition of marshmallows and chocolate chips makes the dessert very sweet so take note. This brownie is not for the faint of heart!

Traditional brownies are taken up a notch with the addition of s'mores ingredients.

S'mores brownies can be made completely from scratch or using a boxed mix if you're looking for a semi-homemade brownie recipe. Either way you decide to make them, the assembly is the same.

How do you make s'mores brownies?

Step 1: Preheat your oven to 350°F and line a 9" x 9" baking pan with parchment paper. Line the bottom of the pan with a layer of graham crackers.

Step 2: Mix the brownie ingredients in a bowl and pour it over the layer of graham crackers. Bake for 40-45 minutes on the center rack.

Step 3: Remove the brownies from the oven, move the oven rack to the top position and turn the oven broiler on HIGH. Sprinkle the top of the brownies with marshmallows and crumbled graham crackers.

Step 4: Place the pan of brownies under the broiler for 90 seconds, remove and sprinkle with chocolate chips. Allow to cool completely before cutting into squares.

How to store brownies

To Store: Keep brownie squares in an airtight container at room temperature for up to 4 days.

To Freeze: Wrap individual brownies in plastic and insert them into a freezer-safe bag. Store in the freezer up to 3 months.

Transform a boxed cake or brownie mix into something special with these quick and easy dessert recipes! 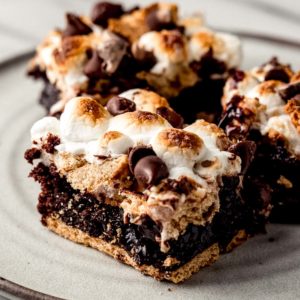 To Store: Keep brownie squares in an airtight container at room temperature for up to 4 days. To Freeze: Wrap individual brownies in plastic and insert them into a freezer-safe bag. Store in the freezer up to 3 months.

The recipe was originally published in February 2015. The assembly of ingredients have been changed and the recipe has been altered slightly to fit in a 9" x 9" pan.

DISCLAIMER: As an Amazon Associate, I earn a commission from qualifying purchases at no added cost to you. Affiliate links will be noted as such, and I will never recommend a product that I don’t use and trust.